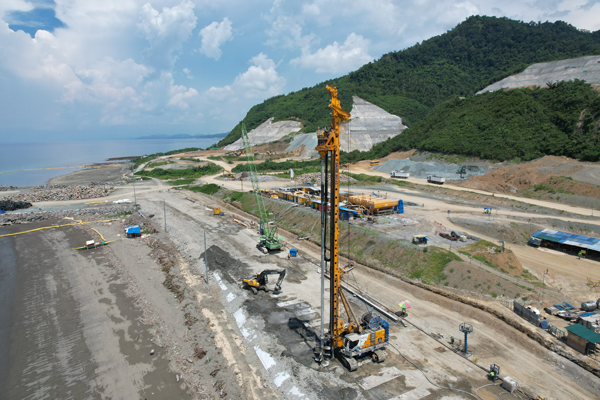 The Asia Pacific Region is very exposed to natural hazards. The “Pacific Ring of Fire” crosses all along from Japan to New Zealand, causing frequently strong earthquakes in many countries.

Strong earthquakes are not the only challenges to the daily life of many people living in the Asia Pacific Region, but also rising sea level and floods as consequence of the climate change, high costs for energy, and poor condition of the existing infrastructure.

Overcoming these challenges are always top priorities to all governments in the region, this continuously generates the demand for new power plants, highways, container terminals, and flood protection projects, which are essential to help the economic growth and to make the life easier, more affordable and, most notably, safer.

Above mentioned natural hazards, often in combination with difficult soil conditions, are challenges that must be considered during the development and planning of those projects. Over the past decades, soil improvement has become a well-accepted, economical, and often used tool to create a safe basis for all kind of structures.

One of the most powerful soil improvement techniques to stabilize and reinforce soft/loose subsoil is the Deep Soil Mixing (DSM) method. Deep Soil Mixing – the intermixing of in-situ soil with binder to increase the strength and stiffness of the improved soil - is generally grouped into dry and wet mixing methods. For the dry mixing method, the binder (e.g. cement) is introduced without water as powder into the ground and directly mixed with the soil and pore water. As no additional water is added into the ground, this method is usually applied in very wet and soft clays and peat. For the wet method, a binder-slurry (grout) is placed into the ground and mixed with the in-situ soil. 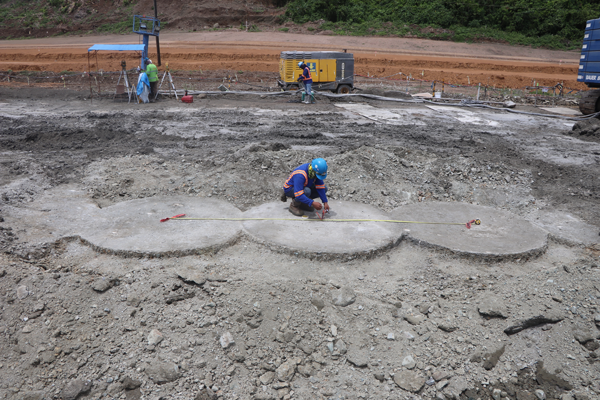 In our project in Atimonan, Quezon, Philippines, DSM was executed for the coastal protection of the project and to ensure the static and seismic slope stability along the shoreline, a Deep Soil Mixing Solution in a lattice grid wall arrangement was developed and executed.

With the Single Column Mixing (SCM) method, BAUER could offer the technically most competent and economical technique to install in total 15,300 linear meter of DSM columns with a diameter of 2,100 mm.

BFPI deployed one of the strongest drilling rigs, the BG45, to the job site. With the standard set-up and a mast extension of 2 m, the DSM columns could be installed up to a maximum depth of 23 m. For the deeper columns, a Kelly extension system was used that allows for maximum treatment depths of more than 30 m. 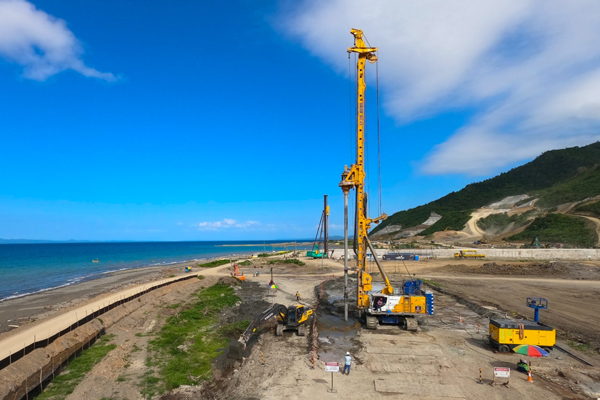 Using BAUER’s data recording system B-Tronic, all installation parameters during the trial and the production phase were recorded digitally, managed via the internal B-Project platform, and provided to the client as part of the quality control and monitoring system.

The UCS was tested on wet taken samples from different depths after 3, 7, 14 and 28 days. For the verification of the homogeneity, a hole was drilled into the test columns and the hole wall was observed visually. Furthermore, the alignment, geometry and overcut of the lattice grind wall built using the SCM method was checked by clearing of three overlapping columns.