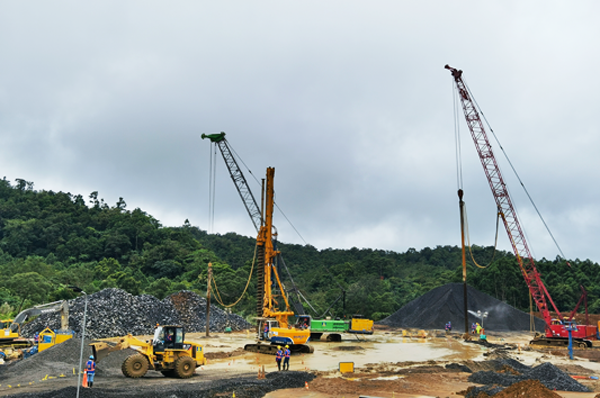 The Philippines is in the middle of the Pacific Ring of Fire, which is one of the most seismic active areas on the globe with frequent strong earthquakes. Not only that these natural phenomena pose risks to the lives of human beings, but also is a big factor to be considered in the design and planning of construction projects.

The consideration of high seismic loads with its possible consequences of soil liquefaction and lateral spreading must be considered already at the base of each construction, at its foundation. To overcome the risks caused by strong earthquakes, often in challenging soil conditions, BAUER can offer advanced soil improvement techniques. 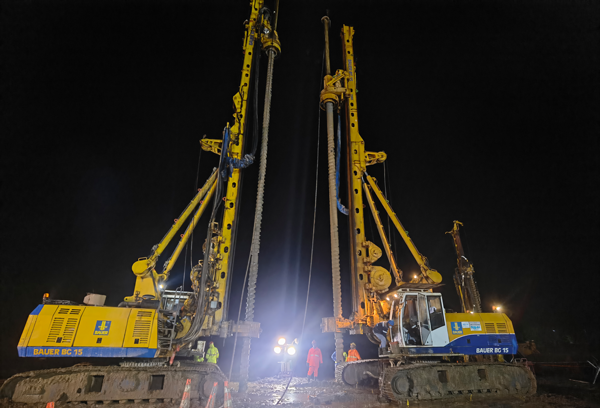 One of the most efficient and sustainable soil improvement method is vibro replacement used for the installation of Stone Columns. By the vibro replacement method, the soft or loose subsoil is reinforced with compacted gravel columns. The stone columns are installed using a deep vibrator (vibro flot) to the design depths in a rectangular or triangular grid pattern. Soil improvement by stone columns lead to an increase of the overall stiffness of the improved layers and therefore contributes the reduction of absolute and differential settlements. Moreover, the shear strength of the subsoil and therefore the bearing capacity is increased, and the risk of liquefaction can be mitigated. Additionally, the gravel columns act as vertical drainage path for cohesive layers that helps to accelerate the consolidation process. 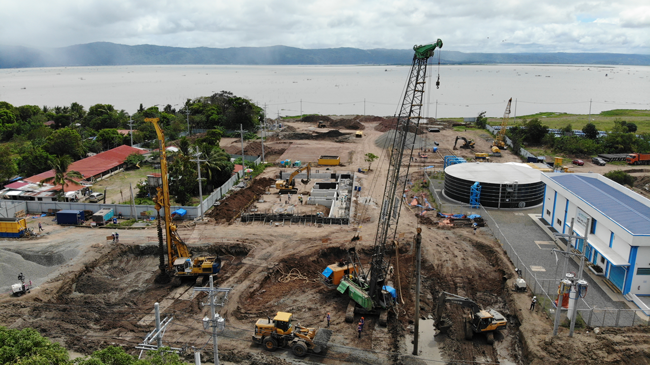 However, soil improvement by stone columns come to its limits when strict settlement requirements come along with high loads. To fulfill stringent settlement requirements under high loaded areas by soil improvement without the use of conventional deep foundation systems, Rigid Inclusions are a very powerful solution. Rigid Inclusions are usually unreinforced concrete or grout columns installed through soft/loose soils via partial or full displacement drilling technique. The use of partial or full displacement drilling tools yield to very little to zero spoils and to an improvement of the in-situ soil around the installed column. In conjunction with the Load Transfer Platform, the loads are being distributed between the Rigid Inclusions and the in-situ soil between the columns. The interaction of the Rigid Inclusions with the in-situ soil leads to a significant increase of the overall stiffness of the improved soil layers and therefore to a significant reduction of settlements, even under high loads.

In March 2022, BFPI completed its latest soil improvement design and build project for a geothermal power plant in Sorsogon, Philippines. The varying soil conditions and loads as well as stringent differential settlement requirements between respective areas were a big challenge during the design stage and asked for advanced soil improvement solutions. As in most of the project areas, liquefiable layers were encountered during the soil investigation, and the mitigation of the risk of soil liquefaction had also to be considered in the soil improvement design. To fully comply with the absolute and differential settlement requirements as well as to the mitigate risk of liquefaction, the final soil improvement solution consists of areas improved by Stone Columns, mainly under foundations with low loads and/or with more favorable subsoil conditions. Below high loaded structures and in poor soil conditions, a combination of Stone Columns and Rigid Inclusions was designed to limit the settlements and mitigate the risk of liquefaction. To verify the design assumptions, three Zone Load Test covering up to four columns and three Static Load Tests on the top of the Rigid Inclusions were carried out. 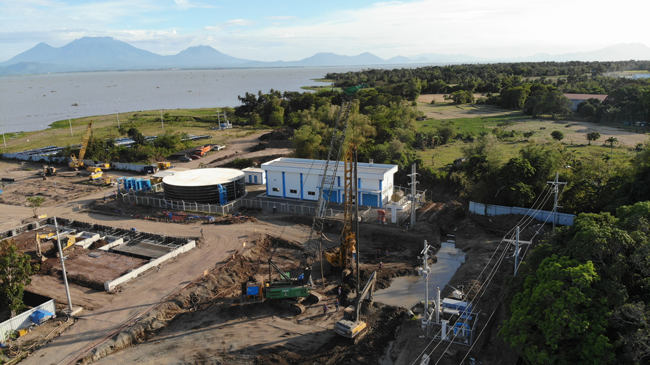 To monitor and record the installation of the stone columns, the data recording system b-tronic was used together with the in-house data management platform b-project. The depth, the hydraulic pressure, and the volume of gravel installed per depth interval for each column were recorded. All the project data, including data records, performance evaluation, and quality test results, were collected and managed in b-project platform. The Stone Column works were executed using the BAUER TR-75 deep vibrators. A BAUER BG 15 rig was used for the necessary pre-drilling works. The work executed by BFPI started in August 2021 and was completed in March 2022. 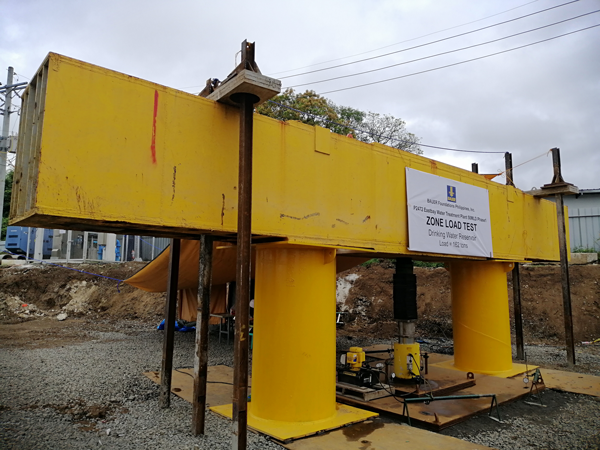 BFPI has also successfully completed the soil improvement works at a 50MLD water treatment plant located directly beside Laguna Lake in Pakil, Philippines. The Laguna Lake is the largest inland body of water in the Philippines. The works involved the construction of approximately 15,000 linear meters of wet top feed Stone Columns with a diameter of 1,000 mm up to a depth of 13.5 m. The works were also carried out using the BAUER TR-75 vibro flot.

The stone column installation was recorded through the G&H data recorder. Furthermore, for the verification of the design, three Zone Load Tests covering three stone columns and several Plate Load Tests on singular columns were conducted with a maximal load of up to 180 kN/m². The preliminary trial work was conducted in December 2022 while the production works were carried out from January until March 2022.